Brno is the second largest city in the Czech Republic and the center of the South Moravian Region. It is conveniently located in between Prague and Vienna, thus providing a great location for both business and science. Brno is the technological, cultural and trade-fair center of the region. Life sciences are one of the four top-ranking industries, together with information technology, mechanical engineering and electrical engineering. Brno has more than 3,000 researchers in engineering and life sciences sector. Over 2,200 publica­tions are published in international scientific journals per year by researchers from Brno.

Brno has numerous technology centers, which houses many Czech IT companies, such as AVG, Y Soft, Kentico Software and Seznam, it also attracted foreign technology companies such as IBM, Honeywell, Siemens and FEI. There are six universities (Masaryk University, Brno University of Technology, Mendel University in Brno, University of Veterinary and Pharmaceutical Sciences, Janáček’s Academy of Music and Performing Arts, and University of Defence), five institutes of the Academy of Sciences of the Czech Republic and numerous research centers.

Hotel further provides Welness center and Bowling. Parking lots are available at the hotel grounds and also in hotel surroundings. 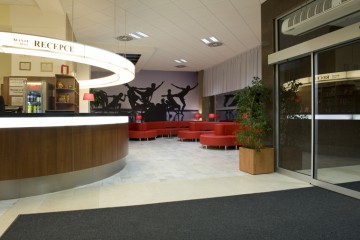 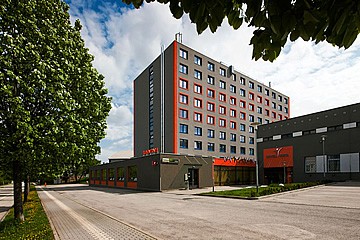 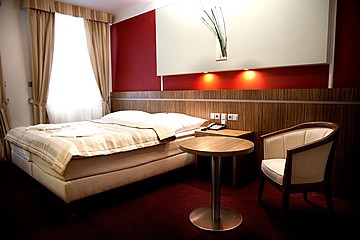 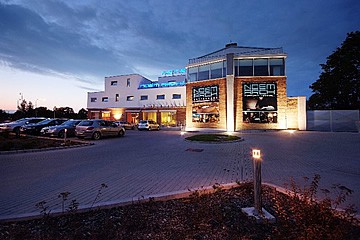 Flying via Vienna, Bratislava or Prague

For international arrivals it is recommended to take a flight to Vienna, Bratislava or Prague. All three airports provide a direct bus connection with Brno, operated by the „Student Agency“ service. It is recommended to book your bus tickets in advance via the online booking system.

Brno by Train or Bus